Sounds of the City and a Barbaric Yawp

Today I’m threading some sounds that have reached me recently.

It started with birds, what sounded like a hundred tiny beaks chirping as fast as they could on my window sill, about an hour before I needed to wake up. Under the lead of an assertive, entrepreneurial leader, they discovered warm air leaking from the side panels of my air conditioner and decided to pile themselves like a pyramid of cannon balls and celebrate with monosyllabic bursts that tested what’s left of my high frequency hearing. The urgency of each cheep – cross-talking each other like a row of machine guns firing at once – suggested they expected some reward of food, maybe a million tiny worms dangling from the beak of their overlord.

At least, that’s what I imagined.

After fifteen minutes or so, once they were sure I was awake, they either moved on to murder someone else’s morning or decided to go silent. I haven’t heard them since.

More often, since last October, we’ve been awakened by an end of days sound that makes our hundred-year-old house in Brooklyn vibrate like a centenarian on four shots of espresso.

“The sound,” as my family has started to call it, is shapeless, directionless, sourceless, all-consuming, omnipresent, and suggestive in its volume of omniscience or lower consciousness. It’s a satanic wave form of doom.

No, it’s not fog horns from the East River – this is like five fog horns from invisible tankers docked in the backyard spaces of our row houses. Then imagine ten idling garbage trucks on the decks of those tankers.

We reported it to 311. We posted in a neighborhood group. We were relieved to find a neighbor who had heard it. We weren’t insane.

The sound comes most often at 4 am. But also during the day. We imagine it’s a subterranean drill, 20 feet in diameter, mercilessly shredding the bedrock under our neighborhood to create a new subway tunnel. Sometimes it shudders before it ceases, suggesting that it is a machine, not a demon.

The vibrations do not soothe our pandemic-punished nerves.

In Martin Scorsese’s recent Netflix series “Pretend It’s a City,” Fran Lebowitz cracks that she’d never want to be a psychiatrist in New York City because people would spend every session only complaining about noise.

But normal city noise can be soothing. I remember my first night at NYU, on the southeast corner of Washington Square, five flights up. I couldn’t sleep. In the best way. Even without traffic, in the wee hours, the City had a hum of energy. Paired with the street lights, the sound was like a steady stream of adrenaline.

NYC friends who visited my woodsy hometown in Connecticut missed the sound. Silence at night could only foretell an attack from marauders.

I’m back in touch with one of those friends, and we’ve started swapping guitar riffs via voice memo recordings. Just like in our old band days. Except not across from each other in a dorm room, where we could watch each other’s frets and voicings.

In addition to Marty and Fran’s wonderful series, I watched Dead Poets Society recently. The sounds in that – Keating’s records on the soccer field, Nuwanda’s sax in the cave, and especially Todd’s YAWP scene – reminded me of how much I owe that movie.

I’ll end there, wishing you a YAWP this new year! 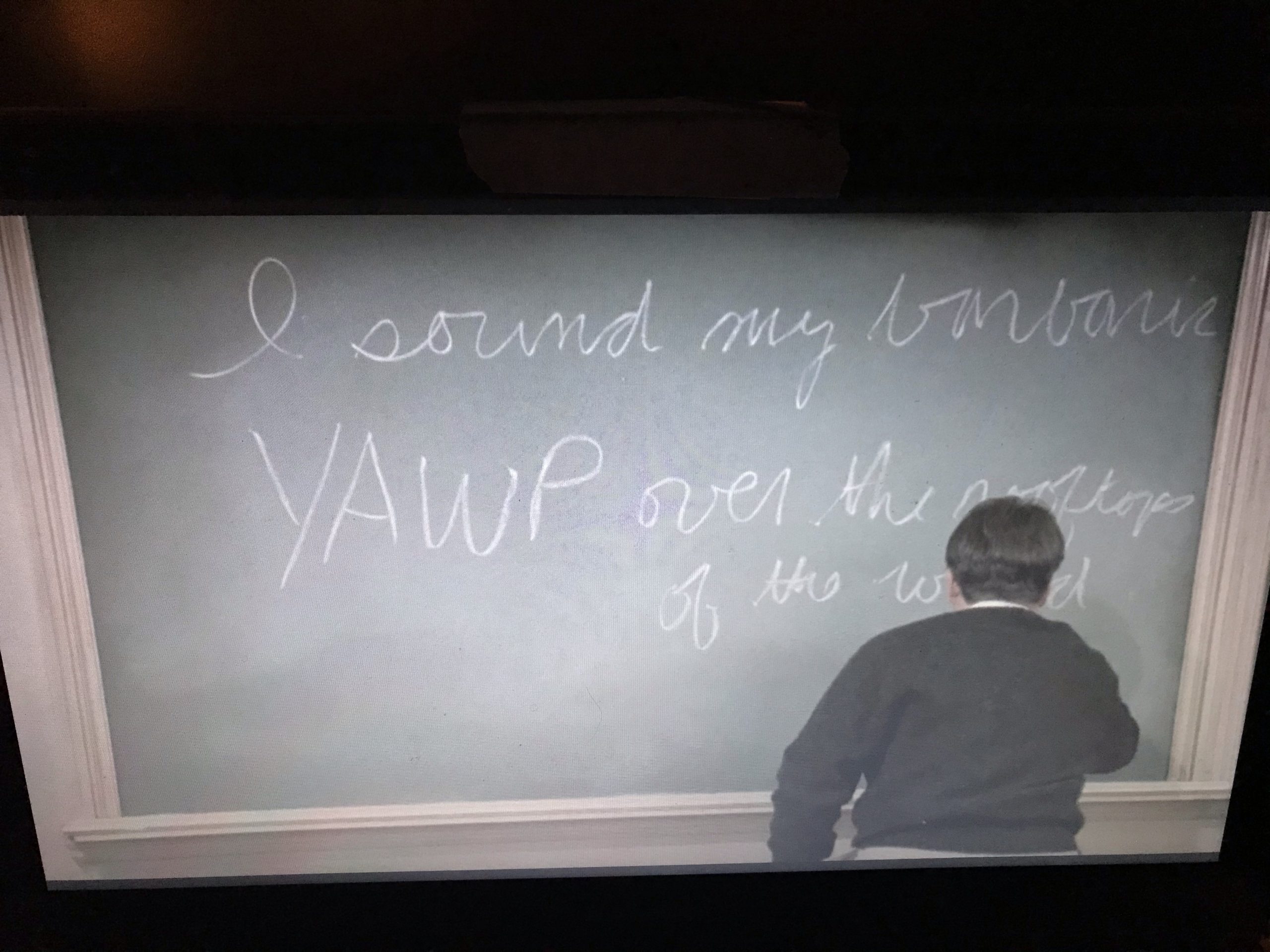